If you know of any teenager who has launched a business as a teenager and is below 25, we would be happy to cover his/her story. Please reach out to [email protected], sending some basic info, and we will respond within 48 hours. 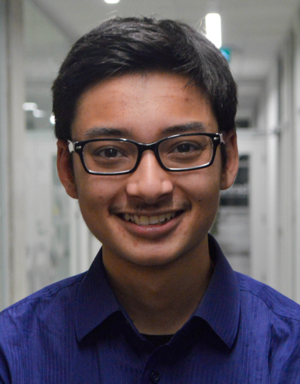 OTTAWA, ONTARIO, CANADA. NOVEMBER 30, 2020 According to Arvo Journals, in 1990, there was an estimate of 34.4 million blind people. By 2020, the statistics increased by (42.8%) to 49.1 million people globally of all ages. Populations continue to expand and age. Currently, the invention of new blind assistive technology is establishing a foothold.

As much as I love dogs and all their desirable characteristics, not everyone can tend to a Guide Dog's responsibilities. Trained dogs have needs that must be met, as do visually impaired people. What if there was a device that could simulate a guide dog's function without the additional care? Let me be the first to proudly introduce you to Waterloo Collegiate Institute's 11th Grade student, Neil Mitra.

Neil is the CEO/Founder of EyeCane Inc, a social enterprise-based startup aiming to help the visually impaired navigate more efficiently.

Neil Mitra is a 16-year-old student who resides in Waterloo, Canada, and is currently in 11th grade. Neil now attends Waterloo Collegiate Institute. However, his entrepreneurism sprouted early in the 7th grade. His exploration soon led to the formal development of his C-Corporation-EyeCane Inc., registered in Nevada, USA, in 2020. 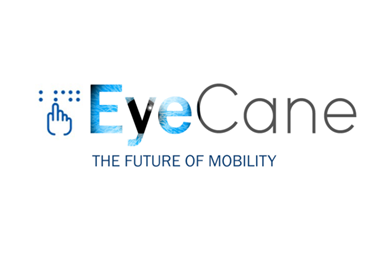 As stated by Neil, “Eyecane Inc. is a social enterprise startup company aiming to assist the visually impaired in navigation. Utilizing a patented autonomous robotic cane [the iCane], our Intelligent Cane Systems prove to be 97% more effective than any market alternative for navigation.”

Neil “really loves” biomedical engineering and strives for a career in creating healthcare applications. It's an area he’s “looking forward to innovating.” Affordable healthcare is a cause that interests him. “[healthcare] is something that I am passionate about because I can utilize technology to create products that benefit people from a healthcare aspect.”

The entrepreneur expressed how one thing that gets him through the week-he believes in having a “vision-focused approach to everything.” He reminds himself, “There are so many problems yet to be solved.” He uses this mindset as a motivator when getting up every morning. When Neil is not busy working on his next innovative product, he also enjoys reading books focused on business, playing golf, and coding. According to Neil, he is currently reading Zero to One by Peter Thiel.

The young innovator's family didn't come from an entrepreneurial business-related background, so he turned to networking for guidance. He connected with multiple mentors and got in touch with several advisors, which influenced a great work ethic. "They have helped throughout iterating our product, creating our marketing principles, and our potential value of the business in the future," Neil explained.

He finds it difficult to pick a singular role model as many people have influenced him. However, when it comes to work ethic and developing products, he says, "It would for sure be Elon Musk and Bill Gates."

For marketing and straight business in all other aspects, Steve Jobs and Warren Buffet are his two top choices. Neil likes to keep his options open for more opportunities and inspiration as he further dives into the business world. I asked Neil if he had any tips for aspiring teenagers to come in the future, he replied. "Work hard on your vision. Don't ever let anything sacrifice your vision of the company."

His idea for EyeCane Inc, more specifically the iCane device, which originated as a 7th Grade science fair project, has now begun preparing the seed-stage, which Neil says is “exciting to look forward to.” He has raised pre-seed financing through their partners at Facilitated Growth LLC. Since this is a pre-seed, they do not have a valuation yet. One of his biggest business challenges was raising the pre-seed funding round. According to Neil, “We were able to overcome this challenge by working hard on our pitch deck, perfecting it, and making sure our financials made sense.”

Even though Neil has a formal business plan, he has nonprojected revenues at this time. He added, “We are currently far too early to project formal numbers. However, we do have 50 private pre-orders so far.” His corporation is planning to raise a Series A in about seven months.

Although he started the concept of his corporation at a young age, he now has six employees to help him continue to grow and improve his business: including his social media, website, and other duties.

Although there has not been any direct capital raised yet, Neil’s corporation plans to scale up by “heavily investing into R&D [research and development] of our product.” According to the Founder, scalability isn’t a priority for them since their goal is to ensure “each visually impaired individual can navigate effectively”

As a business owner myself, I can understand the stress a business can bring. Having people around you for assistance can greatly increase the outcome of your potential goal.

Even with all the incredible work that Neil has accomplished so far, he doesn’t shy away from analyzing his roadmap. This includes accepting when he’s made mistakes and discovering how he learned from them. According to the Founder, he claims the biggest mistake as an entrepreneur is “equity matters from the very start.” 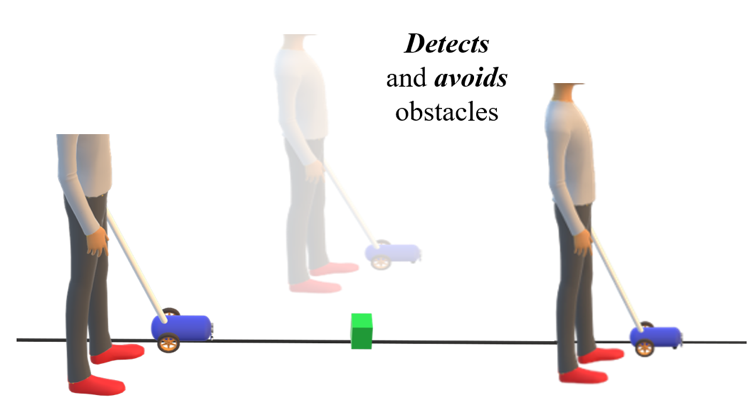 This patented prototype [iCane] has a GPS locator to guide the person to their desired destination and navigate away from obstacles, it includes a heart rate monitor in case of medical emergencies and is versatile, meaning the device can be attached to any type of cane! According to EyeCane, they claim the upcoming device is going to “revolutionize navigation and replace tactile paving with thermoplastic paint lines” that the robotic device can follow.

Now, I’m sure you’re wondering how much will a device this technologically advanced cost? According to the Founder, “Using the industry-standard price of USD $300 for our device – we can easily take over our competitors. This is because our device is several times better than any competitor in multiple metrics on the market.” Neil’s startup has already gained over 50 private pre-orders. Sounds like EyeCane Inc. is already off to a great start!

EyeCane’s team stated they’re “in discussion with partnership agreements with the Canadian National Institute for the Blind (CNIB) and Mais Autonomia.” They have gained over 50 initial beta users so far and over 1,000 followers on Instagram (@eye.cane). Throughout the growth process, Neil feels that the most significant achievement for his startup so far is “developing our prototype and getting it into beta testing stages.”

Learn about the members of his team:

As someone that has achieved so much at a young age, it’s no surprise that he has won awards along the way. Here are some of the achievements he’s earned so far:

•    Top 20 out of 1000 high school startups in the world-Neil and his team were given the opportunity to pitch in front of investors at the Massachusetts Institute for Technology (MIT). This was for MIT’s LaunchX Clubs’ Global Demo Day 2019.

He added, “Our vision is to develop our device further, acquire funding, and start gaining pre-order sales.” It is clear that Neil is not only passionate about his work but is also very humble. At EyeCane, he believes “the best value that we can achieve is helping as many visually impaired individuals around the world.” Neil hopes that he and his team will be recognized for its transformative impact on the visually impaired.

In conclusion, it’s plain to see that Neil Mitra has big plans for his future and his career. Since the start at a young age, he has exceeded past the limits and opened doors to a new way of exploring visual impairment. That doesn’t mean his success can only be recognized by just that category of individuals. This invention is just the beginning for EyeCane Inc. I firmly believe that this corporation has the potential to revolutionize the world for visually impaired individuals! A launch date has not yet been confirmed, but it looks like we can expect the iCane to be available by early 2021.

Lizzy Lewellyn, 17, is an Entrepreneur and a valued member of the blog team at Teenager Startups. She blogs in a category devoted to teen Self-Care and Entrepreneurism. Lizzy is a strong advocate for self-care and mental health awareness. She is also an entrepreneur, a self-made CEO/Founder of her own business-The Shepherd’s Shack LLC.

This article is copyright and property of Teenager Startups. For reprint rights or to connect with teen entrepreneur Neil Mitra, please send your request to [email protected]