If you know of any teenager who has launched a business as a teenager and is below 25, we would be happy to cover his/her story. Please reach out to teenpreneur@teenagerstartups.com, sending some basic info, and we will respond within 48 hours.

This story features Tajay Antonio Francis, a 19-year-old teenager from Jamaica who started investing in the Foreign Stock Exchange in 2020 and a major real estate investment trust shareholder. At 16, Tajay founded the "Tajay Francis Hope Foundation," a non-profit organization that aims to empower young men and women across Jamaica through its voluntary services.

Tajay grew up in extreme poverty in Bendon district in Kitson Town, St. Catherine, where his parents worked hard to make ends meet. He stated that his neighbors Keisha and Miss Joy were the ones that provided food to him and his siblings and often provided his family with lunch money. His generous neighbors were always kind enough to help his family in their hard times. He said that they sparked the nature of giving back to the community in his heart. Tajay grew up watching Oprah Winfrey on her show and always observed that she has a heart of gold and strongly believes in giving back to the community. So, he wanted to help his community by lending a hand who needed help and intended to show others that a person doesn’t have to be a millionaire or a billionaire to do philanthropic activities. Later then, at the age of 16, He founded “Tajay Francis Hope Foundation,” a non-profit organization that aims to empower young men and women across Jamaica through its voluntary services.

Tajay mentioned that funding has always been an issue since starting his foundation. However, He has received immeasurable support from his family, especially his mother Sylvia Burrell, as she helped him with every available resource. He also told us that his foundation’s success became a reality with the involvement and commitment from the organization’s core members, who always provided funds in the form of personal donations. Tajay’s foundation completed the first community project in 2019, where it donated toiletries to the Junior Leaders Daycare, located in Spanish Town, St Catherine. Tajay selected this school because he spent his early life inside the vicinity, and he wanted to inspire the young people of his community to be change-makers. He said: “You don’t ­normally see young people as role models to look up to when you are from a low-income community. This daycare has been around for a very long term, and (they) needed the help.”  Later, the foundation repainted the Robert Lightbourne High School in St Thomas and the Lister Mair/Gilby High School for the Deaf in St Andrew. The latter took place through a partnership with the Davina Bennett Foundation. He believes that it doesn’t matter how much a person can contribute to his community. The only thing that matters is whether the person has the intention to serve society or not. He aims to show others that lending a helping hand is just what the community needs. 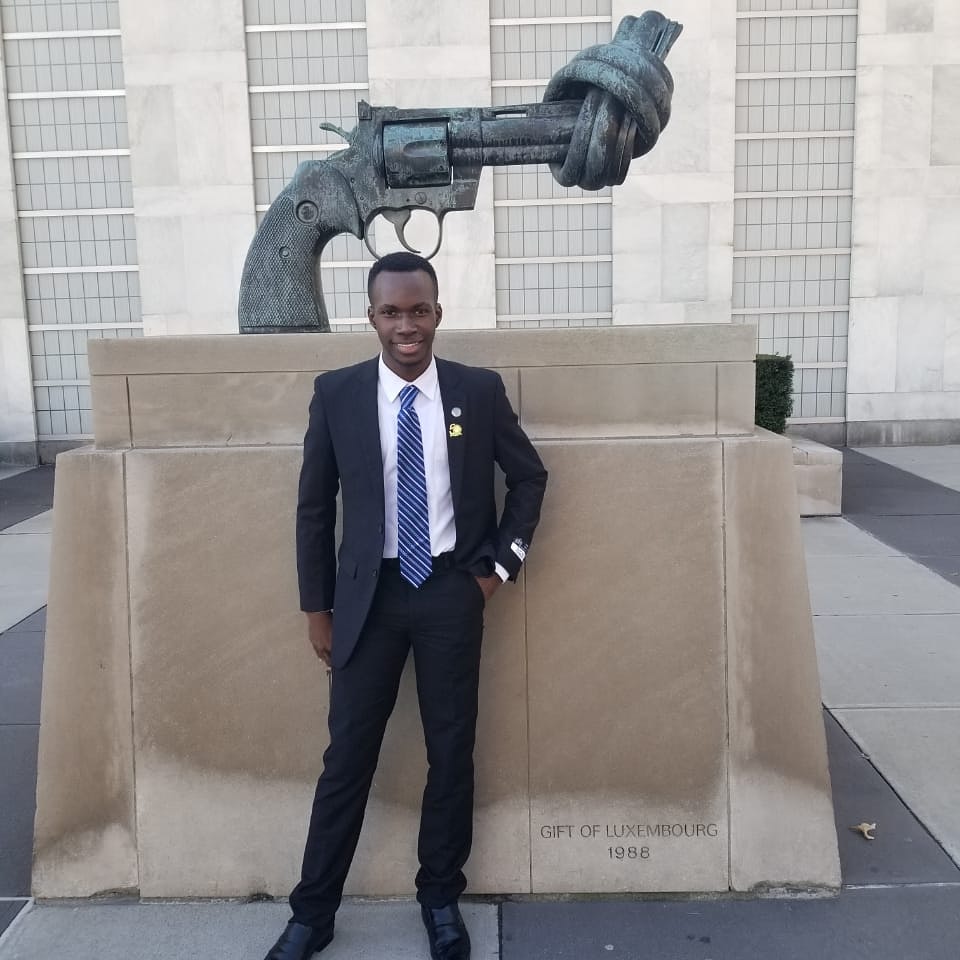 In 2020, Tajay created a historic moment for being the first Jamaican to be elected as chairperson of a committee at the world federation of United Nations Association International Model United Nations in New York, Unites States of America. He said that he felt honored having created such a historic moment for his country and was pleased to have inspired many young people. Tajay shared that it was an amazing experience as he met so many brilliant young minds and exposed him to a whole different world. He said, “It feels so amazing to know that a little boy like me grew up in poverty have done this as I continue to impress myself. So, for me, it was the best experience anyone could ask for”. He has been appointed as a council member on the National Council on Education (NCE) by the Governor-General of Jamaica, Sir Patrick Allen. He also serves as the general secretary of the National Secondary Students’ Council and the president of the United Nations Club, which he founded in his high school. He successfully manages his responsibilities while maintaining good grades in his studies by setting up a strict time allocation.

Tajay's investing journey started at 15 when his high school teacher Miss Powel selected him for a high-school stock market competition hosted by the Jamaica stock exchange (JSE). He learned the power of investing to generate wealth in the long term. Miss Powel helped him understand the various terms of investing in the stock market and always believed in Tajay's passion for learning and achieving. Tajay praises Miss Powel as the best teacher he has ever met. Despite growing up poor and not having strong financial capabilities. Tajay says that his experience as a young investor has always been excellent. He invested in several stocks and bonds on Jamaica Stock Exchange and in Kingston's real estate investment trust. The biggest challenge he has ever faced is choosing the right stocks for investing as he is a young investor who aims to benefit in the long term. Doing research and analysis on the companies he plans to invest in is always a time-consuming task. He also structured a blog for teenagers on building wealth and can be found here (https://www.linkedin.com/pulse/three-ways-teenagers-can-build-long-term-wealth-tajay-francis/).

Despite his parents not knowing about investing, they never let him down when he started investing in the stock market and always supported him. His portfolio is funded by investing his stipend from National Council on Education (NCE). He plans to increase the value of his portfolio over the next few years and has been inspired by warren buffet. Tajay said he wants to become an entrepreneur, stock investor, and motivational speaker when we asked about his goals. He told us that he could also become a poet and an author as he writes poems.

Karthikeya, from India, always dreamed about starting his own company and already working on a startup with his friends. He loves to watch anime more than anything. When he's bored, coding is the one thing that keeps him occupied.

This article is copyright and property of Teenager Startups. For reprint rights or to connect with teen entrepreneur Tajay Francis, please send your request to mary@teenagerstartups.com